In general, psychosomatic (somatotrophic) disorders are characterized by persistent complaints of somatic symptoms, accompanied by a constant demand for medical checks, despite repeated rejection of health problems. The very urge for new checks, despite doctors' assurances, is a symptom by itself. Somatic complaints of this kind must be at least two years old in order to be assigned to the group of psychosomatic disorders. Most often this includes:

Complaints can change frequently and cover different organs or parts of the body, with the disorder often being chronic and variable. It may lead to impaired social functioning as well as interpersonal and family relationships. It is usually associated with hypochondrial disorder. 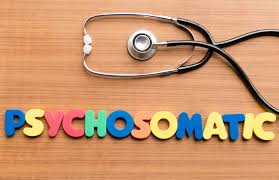